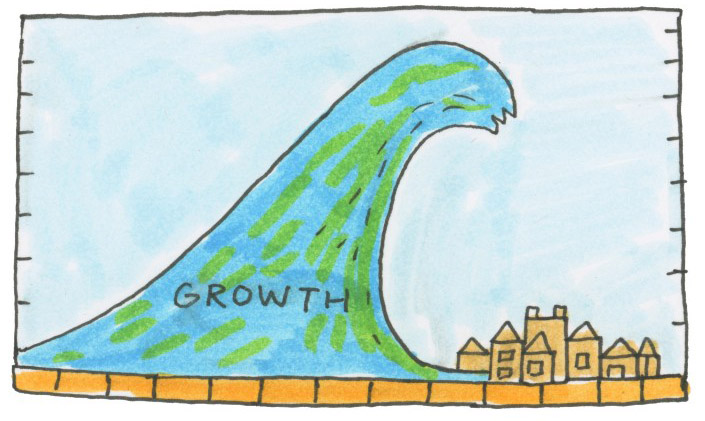 There is no higher God in Silicon Valley than growth. No sacrifice too big for its craving altar. As long as you keep your curve exponential, all your sins will be forgotten at the exit.

It’s through this exponential lens that eating the world becomes not just a motto for software at large, but a mission for every aspiring unicorn and their business model. “Going viral” suddenly takes on a shockingly honest and surprisingly literal meaning.

The goal of the virus is to spread as fast as it can and corrupt as many other cells as possible. How on earth did such a debauched zest become the highest calling for a whole generation of entrepreneurs?

So wrote David Heinemeier Hansson in his great post on Signal v. Noise.

It used to be that successful, upcoming companies would show a prudent mix of present-day profits and future prospects, but such a mix is now considered old-fashioned and best forgotten.

This article digs even deeper than the California Capitalism article six months ago into the root cause of the unicorn paradigm that permeates startups and startup investing.

If Greed is Good was the motto of the 80’s, Growth is Great is its child for the 2010’s.  One glance at the half billion dollar losses at Snap in its oversold IPO, makes me wonder if no one on Wall Street still remembers the dot com bubble.  Uniques and growth don’t keep companies in business.  Happy paying customers and profits keep companies from bankruptcy and fire sale.