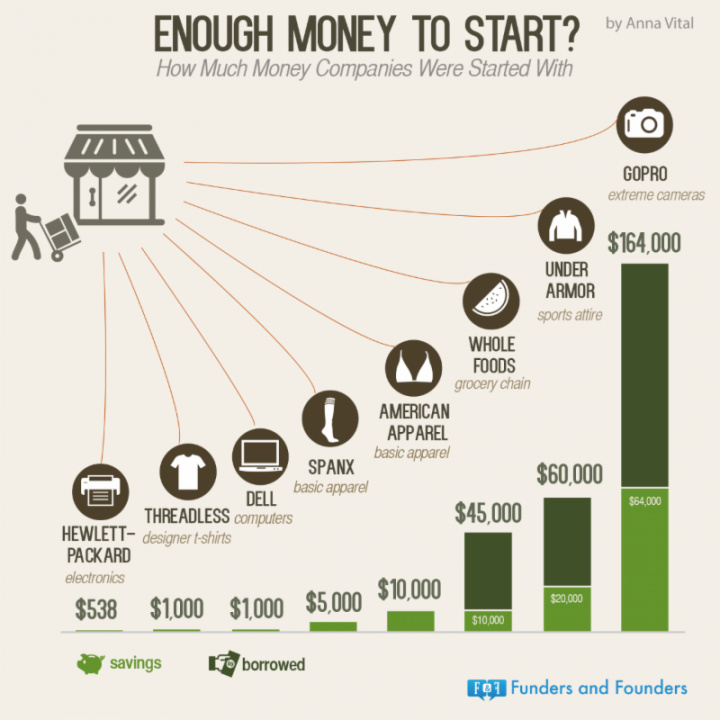 Winding down the last third of Fledge, my conscious company accelerator, the inevitable topic on the mind of all the fledglings is funding.  Who will fund their startups?  Where can they meet these people?

Given Fledge is not a typical tech accelerator, but instead a program focused on socially and environmentally conscious companies, the answer is complicated.  Fundamentally, there is a lot fewer investors and a lot less money seeking conscious startups vs. the next Facebook.

As part of the curriculum, I teach from one of my books, “The realities of funding a startup“.  Within this topic, I pull out the statistics from the U.S. SBA and Kauffman Institute.  Over 500,000 new companies get created in the U.S. each year.  At most 6% of these receive Angel or VC funding.  On average, less than $20,000 gets spent starting these startups.

That isn’t anything like the stories we read in The New York Times or Wall Street Journal or TechCrunch or elsewhere.  Those stories are all about the billions being invested in the latest unicorn.

All of which makes articles like Enough Money To Start a Company? refreshing.  The quick gist, that even some of the biggest name companies on the planet started with little to no funding. 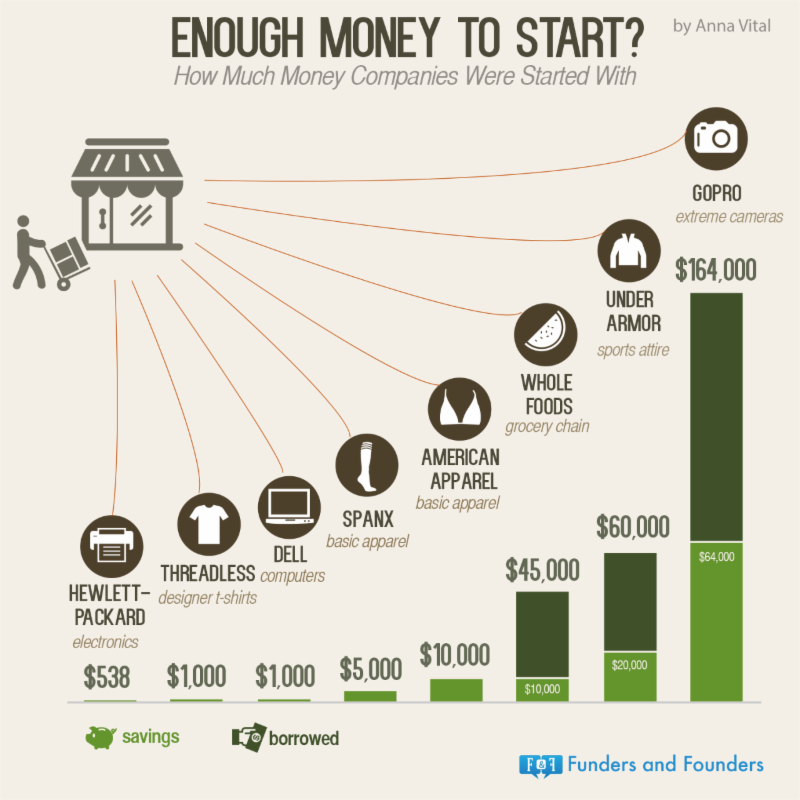 HP and Dell each started on $1,000 or less.  Whole Foods, just $45,000.  Under Armor ($60,000) and Spanx ($10,000).  It is possible to create a multi-billion dollar business without following the path featured in the typical startup stories.  It is possible to make it to an IPO without raising hundreds of millions of dollars from VCs and private equity funds.

It’s just a shame such stories are not considered news, as entrepreneur after entrepreneur expects that their idea is so great that they’ll have no problem finding investors.  The simple truth and real world reality is raising money is far harder and takes much longer than they expect.

The good news is that if you push your business plan hard enough, you can often find a way to launch on less funding, in less time, with less risk.  Finding that path is the biggest value programs like Fledge provide.