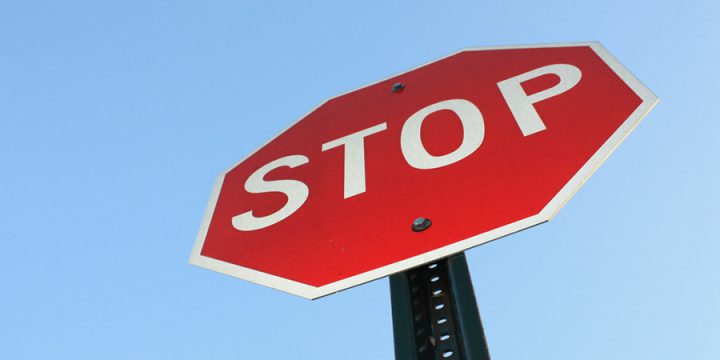 I often blame my training as an undergraduate mathematician for seeing the world differently than most others.  Case in point, the inefficiencies of the everyday stop sign, and the lesson that fails to teach us about other areas of society.

In terms of collisions, the rules work.  In terms of efficiency, one at a time is as inefficient as possible.  Changing the rule to three per turn per side would be far more efficient.

The problem is that there is no feasible way to switch society from one to three per turn.  The few early adopters of such a switch would get honked at, if not cause accidents.  If magically half the population managed to switch, the intersections would be even less efficient than today, as drivers would sit and wait for the second and third cars to go rather than taking their individual turns.  It would be a mess.

We have a term for this in mathematics, a “local minimum”.  Most simply described as a good solution, but not the best solution, generally with no simple way to know whether it is the best or not. 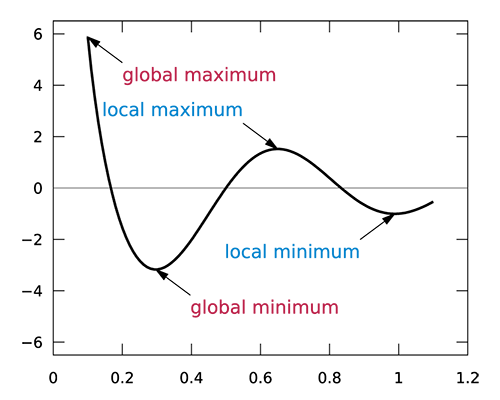 This made me once again think about assumptions, and given the craziness of 2017 politics, what optimizations we’ve made in our political system that might be a local maximum vs. a global maximum.

What I came up with is Senators.  Each State sends two Senators to Washington D.C.  Most States send two Republicans or two Democrats.  For those States, about half the time their Senators are in the majority, and thus have some say in running the government, and about half the time they are in the minority, and at best their power lies in blocking the other party’s agenda.

Like the stop sign, there seems to be a better solution.  Every State should send exactly one Senator of each party.  That way no matter which party has the majority, the State still has some useful power in the Senate.

Again like the stop sign, how to get from the current practice to this new practice is difficult.  This one-of-each-party solution is best for the citizens of a State, but unless it was codified into the State Constitution, I see no way to make it happen.  Senate elections are staggered, and thus no two Senators from the same State are voted into office in the same election.  Thus a State can’t just send its top two picks, which more often than not would be one from each party.

Unsolvable problems are not a genre I like to spend my time working on, so in both these cases I’m going to live taking my turn at stop signs and voting for the best Senate candidate in any given election.

Meanwhile, I’ll be keeping my eye open for similar optimizations in the world of startups that can be changed, such as revenue-based investing.