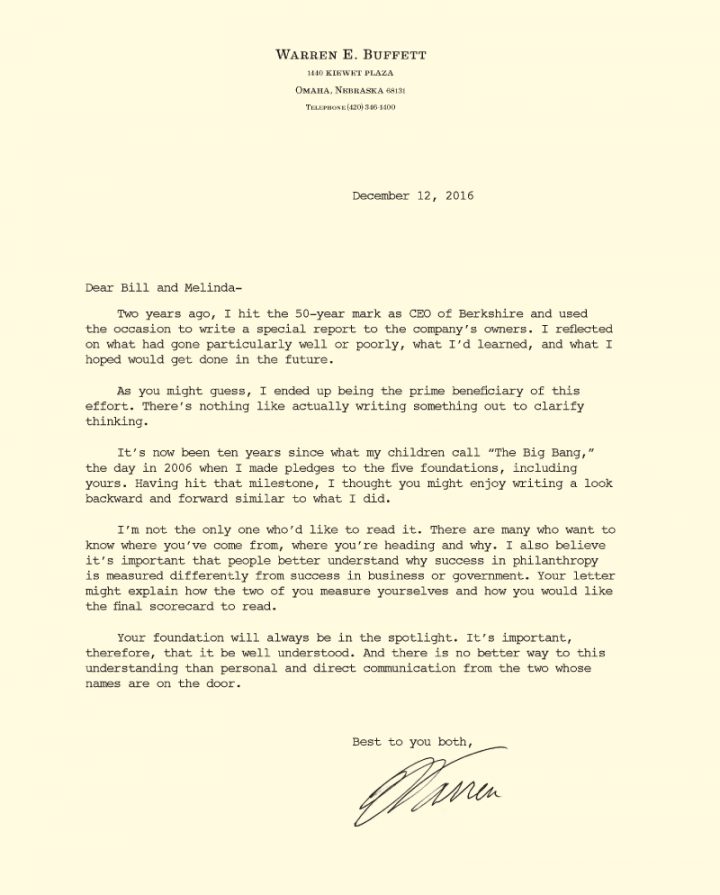 The letter is entitled “Warren Buffett’s Best Investment“, as back in 2006 Warren Buffett made what Bill Gates called, “the biggest single gift anyone ever gave anybody for anything“.  Ten years later, this letter reflects on what that gift has “bought”. 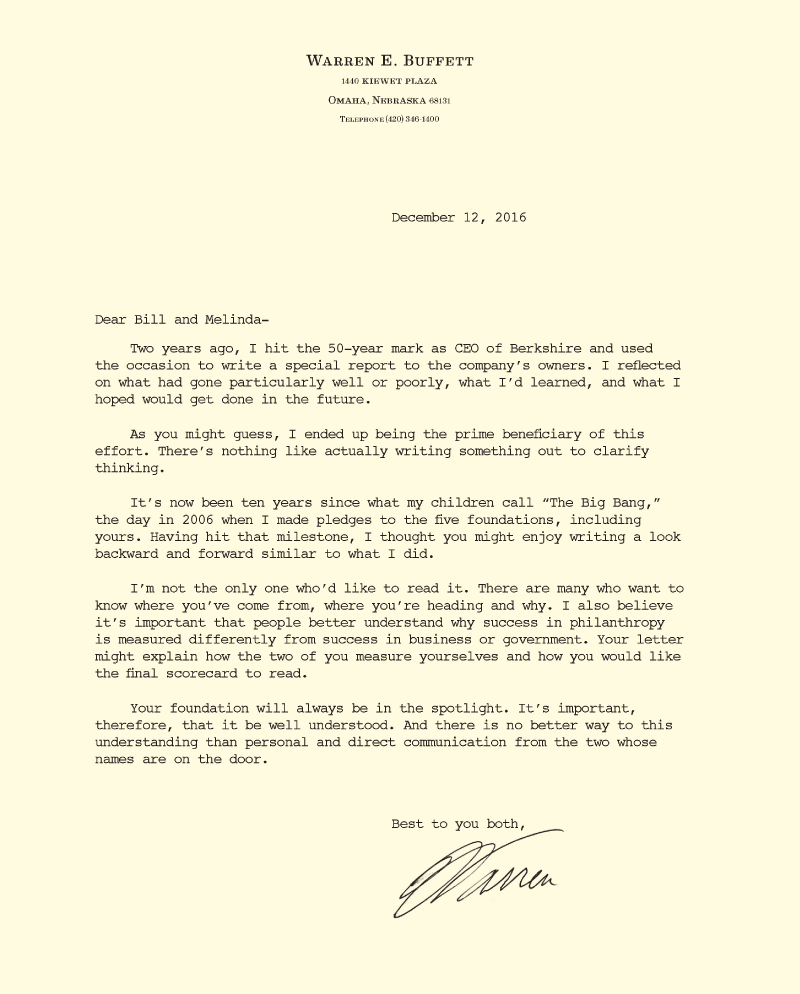 Than you Warren for making the world better through your gift, and thank you Bill and  Melinda for giving even more than Warren, and thank you to the whole staff of the Foundation for your incredibly difficult work turning the dream of these philanthropists into actual impact.

Beyond the obvious lesson, my takeaway from this is one we talk about all the time in impact investing, that the return on investment can be the impact on the world, rather than the fiscal bottom line.