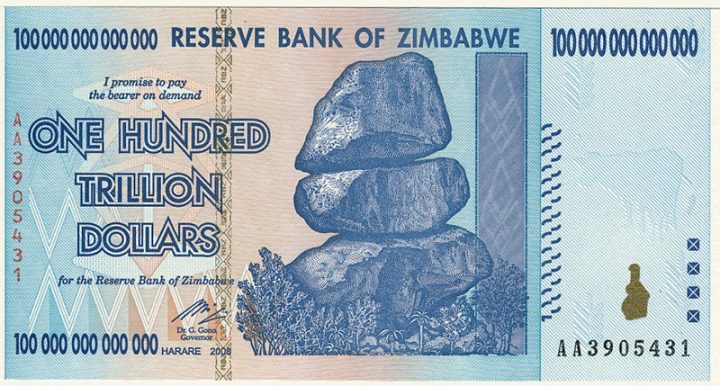 A good question recently came up on Quora:

What is the concept of currency? How am I simply able to buy things and services with just a piece of paper?

You have an item or provide a service someone else wants. They give you a token in return. You have needs for other items and services. Those providers accept your token.

Each token represents historic effort. The harder it was to produce or acquire that item, or the more effort it takes to perform the service, coupled with the rarity of item or service, the more tokens you’ll demand in exchange. The same for whomever is accepting you tokens.

Thousands of years ago, those tokens were bits of rare metal. Originally metal of various shapes and sizes and purity. Someone speaking Greek in Anatolia and someone speaking Chinese in China both eventually realized it would be more convenient to everyone to standardize the shale and purity of that metal. We call those coins. Later another Chinese man realized he could leave the coins at home and carry a piece of paper promising to trade them for the paper. A Venetian copies that idea and it took off across Europe. We call that paper money.

Later still many governments realized the metal in the vault was not only superfluous but getting in the way of economic growth. We call that modern fiat currency.

All of those are nothing but tokens of historic effort, accepted because everyone finds them convenient to accept. Far more convenient than keeping track of favors, which is the only alternative humans have found (see Debt: The first 5000 years).

Halfway through reading The Big Short, I’m stuck wondering how after trillions of dollars of damage to the financial system, not only did no one go to jail, but no one was even brought in front of a jury. I think I figured out why. To explain, I have to go back to Adam Smith and The Wealth of Nations. Smith’s core argument is that the amazingly efficient system later dubbed Capitalism...

More and more of my work with startups is over in the so-called emerging markets. These are countries not known for being well run nor known for have an efficient and successful way of collecting taxes. That said, a lot of taxes go unpaid here in the U.S. too. One lesson on how to fix this problem comes from Taiwan, one of the Asian Tigers, four success stories in global economics that will...

One of my hobbies is reading books on economics. (People do call me Luni after all). What I’ve learned from all this reading is that some economists can explain how an economy actually works, but have very odd, very wrong ideas on how should work. Case in point today is The Production of Money by Ann Pettifor. The book explains how central banks don’t actually print money, that...

As the USMCA grinds its way toward replacing NAFTA, it is time to question whether the problems with NAFTA and WTO and TPP are due to the fact that the participants in those treaties are countries instead of companies? The idea of trade treaties with companies is one I had never heard of or considered, but an idea that popped out as an off hand comment at an unrelated meeting a few weeks ago, and...

A few weeks ago there was a talk on Agroecology by Timothy A. Wise. That term is widely used outside the U.S. for what we’d call sustainable or restorative agriculture. That part of the talk was good, but far more interesting were the stories from the book which the talk summarized, Eating Tomorrow: Agribusiness, Family Farmers, and the Battle for the Future of Food. The author traveled the...