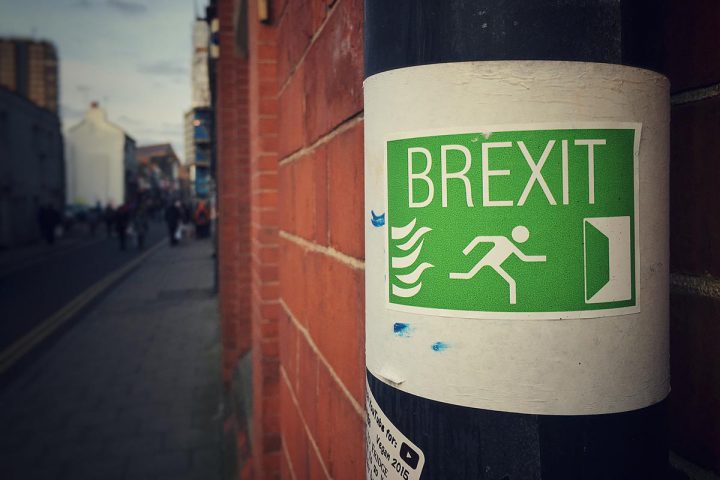 This blog usually talks about entrepreneurship and startup investing, but the news of the week is the so called “Brexit“, and all the news media want to talk about is the the end of the EU, the end of the UK and the Ends of Days.

I felt compelled to write a counter-story.  Or more specifically, to share a few simple ideas that the media is overlooking:

First and foremost, impermanence, (i.e. nothing lasts forever).  The European Union is not an ancient organization that has survived for centuries.  It’s current form came in 1993, after I graduated from college, 18 months after I started my first startup.  It’s only a year older than Amazon.com.

The Roman Republic may have lasted over 500 years and the Byzantine Empire another 1,000 years beyond that, but there is no law of nature or man that ensures a government will continue unchanged year after year.  Especially a government so ill formed as the EU.

The Articles of Confederation

Given the Maastricht Treaty was signed in my adulthood, I remember that news coverage.  It was unsurprisingly the polar opposite of what we are seeing today, full of rainbows and unicorns.  The new European Union was often compared with the United States of America.

What those journalists failed to note, and what no one is pointing out today is that the United States had a disfunctional government for its first dozen years.  Poor Samuel Huntington goes unforgotten as the first President of the Congress of the United States of America under the Articles of Confederation.

That government was thrown out of business in 1789, replaced by the current form under the Constitution.  I’m not going to be at all surprised if the Maastricht Treaty gets rewritten after France talks about following Britain in leaving the EU.

A Union of Unions & Disintermediation

Given the result of the Brexit plebiscite, at the moment it seems likely that this was not just a vote for Great Britain to leave the EU, but also a vote for the United Kingdom to disunite.  The majorities in Scotland and Northern Ireland voted to remain part of the EU.

One question that I’ve not seen answered in any coverage is what advantage Scotland ever had being EU members through the UK vs. directly.  Or more directly, why wouldn’t Scotland (or any other small country) want to be a full voting member of the European Union vs. having an extra layer of government diluting its membership.  I can only see disadvantages to that arrangement in the EU, where voting power is by state, not by population.

Certainly, there are 300 year old historic reasons why Scotland joined the EU as part of Great Britain, but those reasons no longer seem to apply.

Czechoslovakia split into two countries.  Yugoslavia split into six.  Belgium is on track to split into at least two.  Catalonia wants to be independent of Spain, the self determination that Portugal received 200 years ago under the last European union, a.k.a. Napoleon’s Empire.

Self determination is one of the UN’s Universal Declaration of Human Rights.

The nice part about having the EU is that countries that split off from other countries inherit a whole slew of useful services.  Immigration, currency, labor laws, etc. all come with EU membership.  These happen to be the issues 55% of the English don’t want from the EU, but they make it feasible for small countries to exist, and I’ve no doubt more will get formed.

Scotland voted “Remain” 5% more than “No”

Back to Scotland, why is no one pointing out that the Brexit vote was 60%:40% in Scotland in favor of the EU, 5% stronger than last year’s 55%:45% vote in favor or staying part of the United Kingdom?

The newness of the Old World

My latest Demo Day talk was on the War on (Global) Poverty.  That talk started in 1800.  All my ancestors came to the United States in the first decade of the 20th Century.  They all referred to Europe as the “Old World”.  I’ve been to many European countries, lived in France, and felt the ancient history.

None the less, what no one ever mentions is the newness of most of the countries we think of as being part of Europe.  Below is a map from 1800. 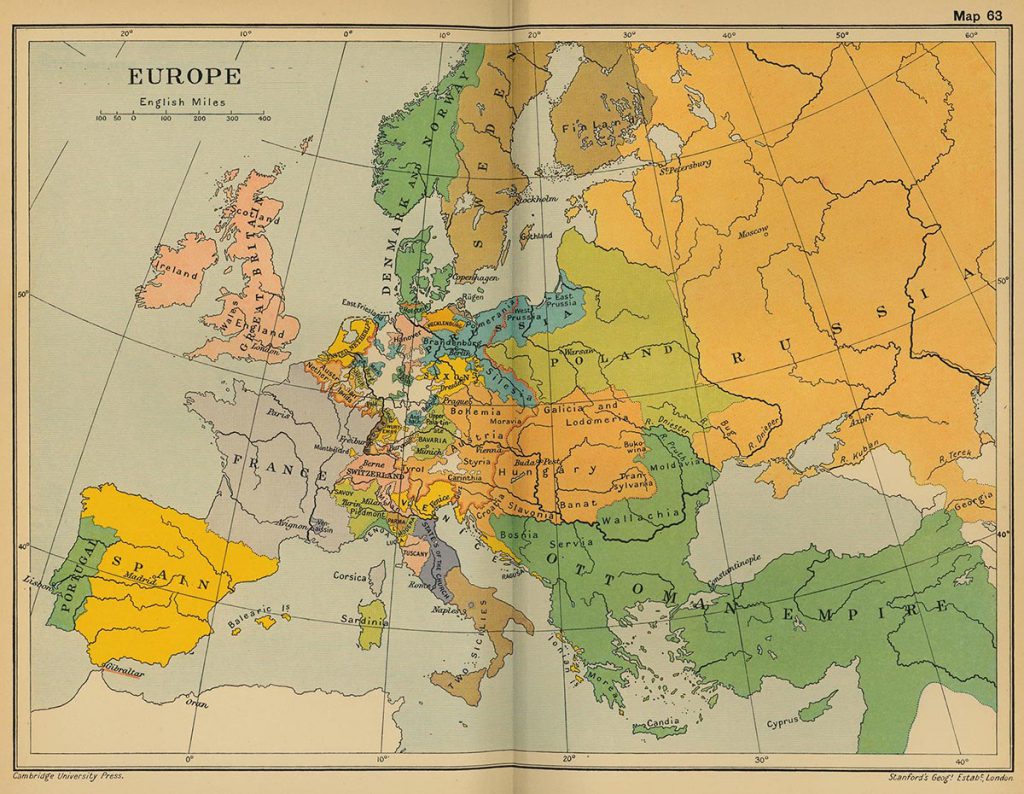 Great Britain, France, Spain, and Sweden are recognizable, plus Switzerland is hiding in the mess of kingdoms next to the large Hungarian empire.  Poland and Russia are sprawling empires too, with two World Wars a century and a half away from forming their modern borders.  In 1800, Germany and Italy are a long way from forming their own unions.  A big swath of Southeast Europe is part of the Ottoman Empire, which will slowly get taken by the Austria-Hungarians, then finally fall in WWI.

All this change (impermanence) in the last 215 years.  Meanwhile, over in the so-called “New World”, the United States is 24 years old in 1800 (12 years into the new Constitution), and here in the 21st Century, a far older country than nearly all of the member states of the European Union.

The End of the EU

Back in 1776, the monarchies never believed the United States would survive.  Here in 2016, the media is calling the Brexit the end of the EU.

Such “sky is falling” stories sell newspapers and generate pageviews.  Meanwhile in the real world, the reasons the EU formed have not disappeared, just because a few million English want out.  The EU in some form will no doubt still be around 200 years from now, with many new member states, and a map unrecognizable to anyone alive today.