In the 21st Century, companies need to experiment to survive and thrive. This is even more true for startups, where the first idea to work may not be the best idea for the long run.

With this in mind, my business accelerator, Fledge, ran an experiment this Autumn… FledgeX, an 100% online version of our intense entrepreneurial training program. The results were not entirely as expected.

The biggest learning was the amount of time and effort required to get everything accomplished. In the online program, every session, every office hours, every mentor meeting, EVERYTHING needs to be coordinated ahead of time, put on a calendar, and kept to schedule. In person much of this is accomplished with a 10 second announcement at a status meeting or a 30 second conversation after tapping a fledgling on a shoulder.

Much of the extra time was expected, and thus FledgeX included a six-member operations staff. Part of that increase came from the fact that our 15 fledglings were located in 12 different cities across 9 different timezones. We thus split the group in half, with the North American fledglings meeting at different times than the African fledglings.

However, two of us met with all 15 fledglings, and thus apples to apples, there were four staff per 7 fledglings vs. two in the in-person program. That added scheduling, email check-ins, etc. was a major effort for the staff.

We were not able to replicate anything like that in FledgeX. In fact, the all-online format, with the fledglings joining in from home or work made it easy to add some last-minute teams, to accommodate travel schedules, and overall, to make it impossible to replicate the jarring, life-altering start of an in-person accelerator.

Adding to the slower than expected ramp-up was the coordination required by the expanded operations team, but that was a minor factor.

Perhaps some more intense exercises would have made a difference in Week 1, or a pile of homework to get the fledglings to dive in deeper at the start, but just as the all-online format made it easy for additions, it made it even easier for participants to drop out. FledgeX saw a few of these as well. Participants who seemed very excited during application and interview process, but who either simply didn’t show up on Day 1 (or Day 2 or Week 2), or who showed up for the first session, never to be seen from again.

The in-person Fledge programs have yet to see anyone drop-out.

When the fledglings are in Seattle at the in-person program, they are first and foremost focused on Fledge, fitting the rest of their responsibilities in the afternoons and on the weekends. In the last few sessions, most of the fledglings had operational companies, and were managing those companies remotely for the 10 weeks spent in Seattle.

Online, the prioritization was reversed. FledgeX was fit into their weekly schedule, but for most of the fledglings, not their highest priority. That prioritization led to a slower pace of getting everything scheduled, longer periods of time between mentor meetings and office hours, and a lower overall level of intensity.

One of the factors that makes accelerators work so well is the fast pace and intensity of support. FledgeX was far more intense than the entrepreneurship classes I teach, but no where near as intense as Fledge1-Fledge6.

The other factor that makes accelerators work is the mentorship. “Mentors” being defined broadly as anyone who provide advice to the participants. In the in-person version of Fledge, each team meets with 8-20 mentors one-on-team, plus dozens more at our Meet the Fledglings gatherings and Demo Day. Online, there amount of mentorship was far less.

In-person, many of our mentors schedule time to come visit Fledge at Impact Hub Seattle, and within an hour or two, we guide them to meet with 3 or 4 fledglings. Online, given 12 cities and 9 timezones, every mentor meeting was instead scheduled for a Skype or phone call. No mentor accidentally met a fledgling.

“Accidentally” is the key word. Much of what happens in the in-person version of Fledge is unplanned. A mentor comes by to talk to one team, and another team three feet away overhears the conversation and joins in. One team mentions a tool they found yesterday, and three teams sit down together to figure out how to use that tool later that day. Or through the magic that is Impact Hub Seattle, someone I know walks through the space at 9:45am, and the next thing they know they are giving a guest lecture in our 10am status meeting.

I’m sure much of the timing, operations, intensity, and mentorship in an online-only program could be greatly improved upon, getting it within a factor of two of the in-person program. However, I see no way to replicate the “all in” attitude that comes with uprooting the fledglings from their home cities and absolutely no way to replicate the serendipity that comes from putting all those fledglings in the middle of one of the busiest centers of social good on the planet.

As an experiment, FledgeX was a huge success. We set out to understand what works online and what doesn’t. And now we know.

For me, I greatly prefer the in-person model, and you’ll see that return to Seattle for Fledge7 in the Spring of 2016. For Spring.is, Fledge’s partner in FledgeX (and Fledge’s partner as Kick Vancouver), I suspect you’ll see a different result, with some global Kick sessions coming online in 2016.

For all of you, if you have any similar apples-to-apples comparisons to share, please do so below in the comments.

100 years ago, in 1919, the Michigan Supreme Court made a comment in their ruling of Dodge v. Ford saying (in its common paraphrased form), “The purpose of business is to maximize shareholder value.“ In 1970, Nobel Laureate in economics Milton Friedman repeated this in an essay in the New York Times entitled “The Social Responsibility of Business is to Increase its Profits... 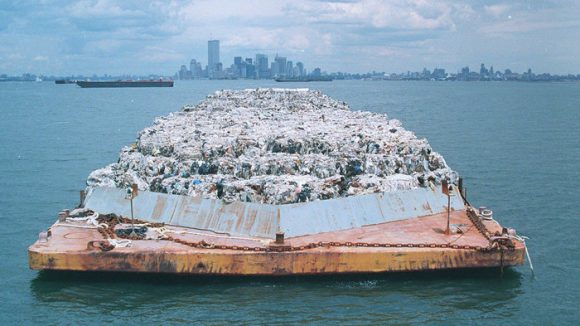 Change is hard. Making change happen even harder. Looking for the origins of change fits in with my questions of how things used to work three or more generates ago, and my general search for hidden assumptions. I was thus delighted today when I flipped on the Planet Money podcast, Episode 925: A Mob Boss, A Garbage Boat and Why We Recycle. I was in high school living in suburban New York when...

A hidden assumption in how the world works came up yesterday at a startup pitch event. More than once. It goes like this… When you are the speaker, someone introduces you, and at that moment the audience presumes/assumes that you are an expert in whatever topic you’ve been introduced to present. You remain an expert in the eyes of the audience until either you say something that an...