What I glossed over in Selling the first telephone is the fact that AT&T didn’t actually sell any telephones. Until the breakup of the company in 1984, telephones were rented as part of the monthly service.

Renting was a choice to seemingly maximize profits. The excuse AT&T gave the government disallowing customers from owning their own phones was that AT&T was protecting their network from potentially harmful devices.

What AT&T missed in following this model (as later did IBM in renting computers and Xerox in renting copy machines) is the innovation that comes from running a platform rather than a service.

Many entrepreneurs tout that they are launching platforms. They are not. A real platform is a service that is used by business to run other services. Windows, iPhone/iPad, and Android are platforms. Visa, Mastercard, and PayPal are platforms. The postal service is a platform.

The telephone network pre-breakup was a service. It became a platform when we were allowed to plug in our down devices, when the the now-ubiquitous RJ-11 jack was in every home and office.

AT&T thought they were maximizing their profits, but their shortsightedness held back many key technologies that flourished once they were forced to be a platform:

1. Answering machines. These have since gone nearly extinct, but for the 1980s and 90s, every house and business asked you to leave a message after the beep.

2. Fax machines. In the late 1980s and throughout the 90s there were so many fax machines that the phone system almost ran out of phone numbers.

4. Modems. Coupled with the rise of the personal computer and services like AOL, by 1998 the movie You’ve Got Mail needed no explanation that the titular mail was email.

5. Broadband. The rise of dial-up internet ultimately gave way to broadband internet connections in both homes and offices.

6. Mobile phones. While mobile phones didn’t plug into the RJ-11 sockets, they are part of the phone system. AT&T’s research in the 1980s said that mobile phones would be a tiny, niche product, selling no more than hundreds of thousands of units. They were off by a factor of a million.

We’ll never know if AT&T would have captured any additional profits from any of these services if they had launched them within their monopoly. They fell into the common mistake of most monopolist, keeping to a single focus and pushing back on any internal innovation.

This is similar to how Clayton Christensen describes Disruption, but for a whole industry given the monopoly power.

And in the case of AT&T, the fundamental business choice they made that held back all of the above innovations and more for decades was the focus on renting phones, rather than selling phones, limiting customer choices to a only those products AT&T thought best and useful. 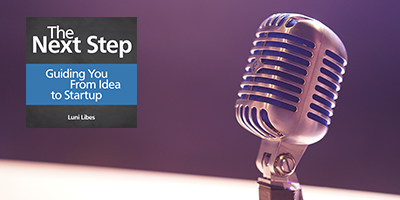 Like this post?  Listen to this story and others on The Next Step: Podcast.
Step #22: Selling the first telephone, and your first sale